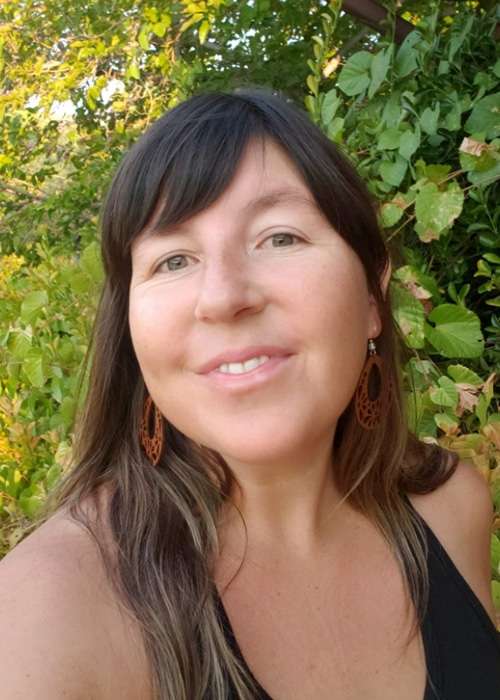 Carol Bold is a painter and printmaker based out of St George, UT. She grew up in Pacifica, CA, a small coastal city between San Francisco and Half Moon Bay, where she spent her childhood surrounded by the scenic coastal beaches, tall trees, thick fog and rolling hillsides. From here she developed an early love for the landscape and a deep admiration for the natural world, which still greatly influences her art today.

From a young age Carol’s interest in art was well known by all that knew her, and she often excelled at any subject as long as a little creativity was involved. By high school, her family moved up the coast to San Francisco. This move would give her the opportunity to attend the San Francisco School of the Arts High School, and later go on to receive her BFA in 2007 from the Maryland Institute College of Art.

While Carol’s main focus has always been in painting, it wasn’t until moving back to the Bay Area after college that she started becoming serious about printmaking as well. Having experimented some with the medium as an undergraduate, she decided to take a printmaking class through City College in San Francisco. Through this class she gained access to a communal printmaking space for emerging and established artists, and became heavily involved with the Fort Mason Printmakers Group. This experience would eventually drive her to purchase her first press and begin pursuing printmaking on a professional level.
​
In 2010, after spending time on both the east and west coast, Carol decided to leave city life behind and relocate to Southern Utah. Having deep family roots and ties to St George, she had traveled extensively to area her whole life. Through these trips she had developed a great love and fondness for the region, and the picturesque landscape. While moving from the coast to the desert would be a big transition, it was one that would end up greatly influencing her art and help propel her career to the next level.
​
Carol has since made a name for herself in Southern Utah, and continues to strive and grow artistically throughout the region. She has exhibited her work in numerous shows and galleries throughout the state, and has received continued recognition and awards for her work throughout the southwest. When not in her studio, Carol spends her time hiking, exploring, spending time with her growing family and drawing inspiration from the vast and beautiful landscape that surrounds her.